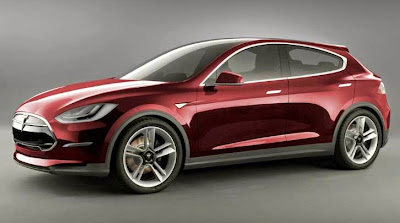 New Model E from Tesla will look to take on the BMW 3-series and Audi A4.

Tesla also said that the car will be 20% smaller than the Model S. However, it won’t be completely made out of aluminum like the Models S. The Model E is expected to be priced to compete against other electric car rivals, such as the Audi A4 and the BMW 3-series, AutoCar notes.

Tesla is currently building 600 examples of the Model S each week at its factory in Fremont and expects Model X sales to add significantly to that total. The factory has a theoretical capacity of 500,000 vehicles per year.