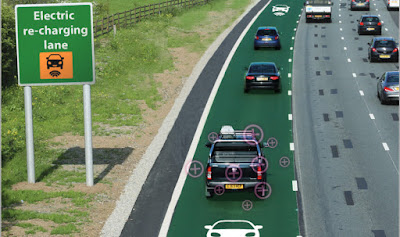 Electric cars promise a greener future. But current battery technology limits how far you can go on a single charge. One possible workaround: “electric motorways”—roads that will charge your electric vehicle as you drive on it.

The UK government has already spent £200,000 ($300,000) investigating the feasibility of the idea, and is now setting up an 18-month off-road trial. If successful, it hopes to spend some of the £500 million budgeted for promoting the use of low-emission vehicles in the UK on creating these electric motorways.

Wireless charging technology already has been proven to work, both in phones and buses. South Korea has a 12-kilometer road that charge buses as they drive. The wireless technology that vehicles use is called SMFIR—it stands for shaped magnetic field in resonance—which involves the transfer of electric charge via magnetic fields that are generated and captured by coils installed in the road and car respectively.

The trials are the first of their kind and will test how the technology would work safely and effectively on the country’s motorways and major A roads, allowing drivers of ultra-low emission vehicles to travel long distances without needing to stop and charge the car’s battery.

The trials follow the completion of the feasibility study commissioned by Highways England into ‘dynamic wireless power transfer’ technologies.

The potential to recharge low emission vehicles on the move offers exciting possibilities. The government is already committing £500 million over the next five years to keep Britain at the forefront of this technology, which will help boost jobs and growth in the sector. As this study shows, we continue to explore options on how to improve journeys and make low-emission vehicles accessible to families and businesses.

Vehicle technologies are advancing at an ever increasing pace and we’re committed to supporting the growth of ultra-low emissions vehicles on our England’s motorways and major A roads.

The off road trials of wireless power technology will help to create a more sustainable road network for England and open up new opportunities for businesses that transport goods across the country.

The trials are expected to begin later this year following the completion of an ongoing procurement process. The trials will involve fitting vehicles with wireless technology and testing the equipment, installed underneath the road, to replicate motorway conditions. Full details of the trials will be publicised when a successful contractor has been appointed.

The trials are expected to last for approximately 18 months and, subject to the results, could be followed by on road trials.

As well as investigating the potential to install technology to wirelessly power ultra-low efficient vehicles, Highways England is also committed in the longer-term to installing plug-in charging points every 20 miles on the motorway network as part of the government’s Road Investment Strategy. 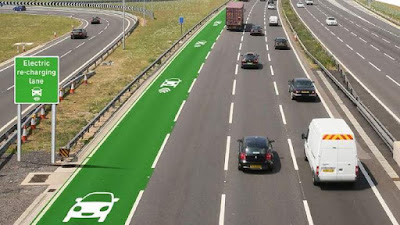 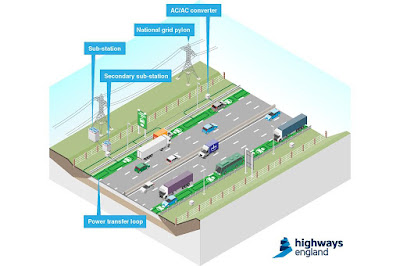