Honda team up with Hitachi in EV motor joint venture 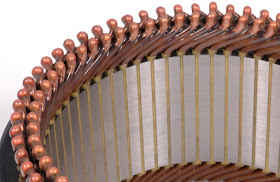 As announced on February 7, 2017, the two companies have conducted discussions based on a Memorandum of Understanding signed on February 3, and entered into a joint venture agreement on March 24 to make more tangible preparations to establish the new company.

The newly established company will receive a financial grant from Ibaraki Prefecture as it has been recognized as a relevant project that "promotes the establishment of corporate head office functions" within the prefecture.

The new company will respond to the growing global demand from automakers for electric vehicle motors by developing competitive motors that combine the expertise of the two companies.

Automakers are increasingly teaming up with parts suppliers to build components for the fast-growing EV segment as a way to expand product line-ups while containing high development costs.

"Producing motors is capital intensive, so rather than just manufacturing them for our own purposes, we would like to produce in large volumes with the possibility of supplying a variety of customers," said Honda Chief Executive Officer Takahiro Hachigo.

"In pairing up with Hitachi, we're hoping to tap into its expertise in volume production."

The venture will be 51 percent owned by Hitachi Automotive Systems Ltd and 49 percent held by Honda, the two companies said.

It will build motors to be used in petrol hybrids, plug-in hybrids and battery-electric cars, and will have sales and manufacturing functions in the United States and China in addition to Japan, they said.

Hitachi Automotive Systems is a wholly owned subsidiary of Hitachi Ltd and longtime supplier of components including engine and brake parts to Honda.

It counts the alliance of Nissan Motor Co Ltd and Renault SA as its biggest client, accounting for around one-third of annual sales. Other customers include Toyota Motor Corp, Ford Motor Co and Volkswagen AG.